CONFERENCE THEME: GEOPOLITICS OF THE OCEANS

For anyone following the news, it is clear that geopolitics is back to stay. After years of reasonable quiet on the diplomatic front, conflict over space and resources has re-emerged as a serious problem. Oceans and coasts figure prominently in the geopolitics of our era. Areas in the East and South China Seas and the Black Sea are heavily contested by various nation states, while the Arctic, with its proven oil reserves, is another obvious realm of contestation, with adjacent countries vying to stake their respective claims and environmental movements trying hard to restrict the anticipated damage.

In addition to such spectacular instances, however, there are many other, smaller incidents involving strategic behavior over aquatic space by states and non-state actors alike. This conference strives to examine such events and processes, from a variety of social science perspectives and to learn from them. Important questions to raise are: What does anthropology have to say about fishing conflicts? How to understand the politics of oil exploration and the designation of offshore wind parks? What implications does large-scale migration across the Mediterranean have for security and the stability of the region? How does marine spatial planning change the power balances between (offshore) states?

In addition to the theme of geopolitics, the People and the Sea VIII conference is open to those with more classical interests. These are included in the six streams, but do not hesitate to apply, even if your topic does not fit neatly into one of them. We always make room for the innovative and the maverick.

Stream 1: Geopolitics of the oceans

This stream focuses on the geopolitics of the oceans. Geopolitics is about power and how the world is organized politically. Maritime space and territory are becoming an increasingly important political and strategic factor. Many states have a marine surface area greater than their terrestrial surface. For example, the EU is currently the political institution with the largest share of territorial responsibility in the Atlantic Ocean. This stream is interested in geopolitical aspects of different maritime activities, such as oil and gas drilling, shipping, and fishing, but also in the role of marine spatial planning in the geopolitics of oceans.

This stream focuses on new developments in maritime governance giving particular attention to aspects of negotiation, consensus building, and legitimacy in integrated maritime policies for regional seas and coastal areas. We are interested in how different policies for regional seas and coastal zones are developed and whose voices are being heard; papers could also deal with aspects of power, procedural justice, examples of good and bad practice, and the consequences of policy contestation. Comparison between regions, activities, and governance regimes is an explicit purpose of this stream.

This stream continues the long standing attention of the MARE conferences to maritime anthropology and the cultural meanings that people associate with the sea and the coastal zone. Papers in this theme may relate to occupational specializations, such as fishing, coastal tourism, aquaculture, or oil rig work. They may also branch into cultural or political ecology, history, film or literary analysis.

Fisheries management (or governance) is a long-time favorite in the MARE conferences, bringing together scholars and policy-makers from natural and social sciences. As capture fisheries is still in trouble (because of environmental degradation and overfishing), but continues to provide livelihood support and food security for a very large number of people, management is a very important concern. But what works where? And how do we deal with wicked problems? How can we improve the governability of capture fisheries so that it reaches its potential?

This stream brings together the different approaches and tools that are currently used in coastal and marine resource management that develop (or block) the creation of an integrated knowledge base for management. It seeks to contrast and compare their use across different contexts and disciplinary perspectives and to illuminate the roles of knowledge negotiation and the creation of science-policy boundary objects. Research and critical thinking on the role of social scientists and social science in the production of a management knowledge base would also be very welcome.

This stream focuses on the reactions of coastal and maritime systems to shocks and how science, policy and coastal communities deal with such sudden change. As change may have natural (tsunamis, climate change, etc.) or social (policy, demographic developments, etc.), origins, contributors might address topics such as oil spills, fishing bans, resource collapse, the global recession or natural disasters affecting the coastal zone. Enquiries might highlight policy processes, law, power equations, the role of government, or of civil society.

This year’s conference will be held in the University of Amsterdam’s Roeterseiland Campus, postcode 1018WV.  Located in the east of the city, near Artis Zoo, it is easily accessible by tram (7, 9, 10 and 14) and metro (station Weesperplein) from the city centre.  There are a number of hotels in the area, the largest of which is the NH Tropen Hotel.

Our programme will begin at 9am daily.  On the first day of the conference we will commence with a keynote speaker at the Aula, a beautifully renovated church in the city centre.  From there we will travel by boat to the Roeterseiland campus.  Later that day, we will have a small reception beginning at 5:30pm, after our final panel session.  Thursday evening we will have the conference dinner in the historic Dominicuskerk, located near Centraal Station.  Our conference will conclude on Friday with our final keynote speaker in the Roeterseiland campus, ending at approximately 6pm.

This year’s Keynote Speakers Are: 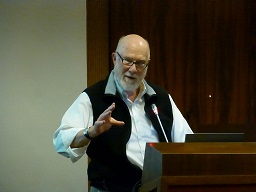 Katrina Brown, Professor at the University of Exeter, UK 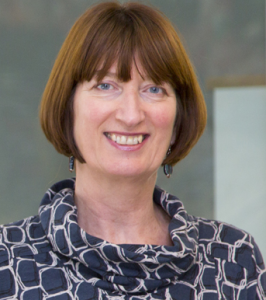 The call for papers for the 2023 MARE People and the Sea conference has been sent out!

Have a look at the documents below. More information about making submissions will be communicated soon.

2023 MARE People and the Sea Conference

The call for papers for the 12th MARE People and the Sea conference has been sent out. Visit our dedicated page to learn more about the next MARE conference.